Mactan Cebu International Airport (MCIA) will be closed from Sunday 11 pm to 12 midnight on October 25, after a Korean Airbus overshoot on its runway, Atty. Glenn Napuli, MCIA legal manager, announced in a Monday press conference.

Airport officials admitted that rain was heavy upon the plane’s arrival, as the pilot has an unclear vision of the runway.

All passengers are safe and went home to their respective destinations.

He advised airline companies to land either in Dumaguete or Panglao airport in Bohol for their incoming flights.

Passengers are now in the process of re-booking their flights.

Upon landing at 11:12 pm, Sunday the plane rolled 300 meters beyond the runway’s end, plowing mud and grasses until it struck landing light posts.

Florentino Galan Jr., Chief of Air Traffic Control, said the plane initially gave a distress call to the Approach control office. The control office then informed them of the emergency situation.

This enabled airport emergency officers to initiate high alert and emergency preparations even before the plane landed. Airport officials are working overtime to remove the overshoot plane and reopen runway 04, at least until Monday.

All airport officials agreed that as early as Monday afternoon if everything turns out well, they may start allowing outgoing flights of light planes.

And as late as Tuesday, will they allow other flights?

As early as Monday, officials also agreed to utilize a shortened runway, from 3.3 kilometers to 2.6 kilometers, said Atty. Jinky Zaragoza, Civil Aviation Authority of the Philippines.

This is to minimize the inconvenience brought by this overshoot plane.

Zaragoza is the legal officer of the Civil Aviation Authority of the Philippines (CAAP).

Airport officials are also one is saying, “Cause of the accident is still under investigation.” (PIO Lapu-Lapu City) 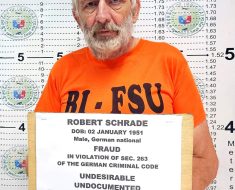 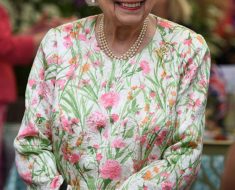