The first local government-funded Solar Powered Irrigation Systems in Mindanao located in the town of Taraka, Lanao del Sur will be commissioned on August 10, 2021.

Three of the seven units which include a Solar-Powered Water Supply Project to produce filtered and safe drinking water for the town’s 25,000 residents will be operational by the end of July 2021.

The Solar-Powered Water System is scheduled to be completed by December this year, according to Taraka Mayor Nashiba Sumagayan, the first Mindanao local executive to enrol in the Mindanao Water Supply Program of the Mindanao Development Authority (MinDA).

MinDAWater is a project spearheaded by MinDA with the support of the Department of the Interior and Local Governments (DILG) and DBP aimed at helping LGUs in Mindanao establish sources of water for drinking and agriculture.

The Taraka Solar-Powered irrigation Systems which would allow farmers to plant at least twice a year is funded through a loan from the Development Bank of the Philippines (DBP).

The cost of the project would be recovered by the LGU through the operation of the Municipal Economic Enterprise Development Office (MEEDO) which is being established with technical support from MinDA.

Under the MEEDO, farmers who will benefit from the Solar-Powered Irrigation and residents who will be served by the water system will be charged with service fees which in turn will be used by the LGU to repay the cost of the facilities.

Yesterday, I joined the MinDA team led by Northern Mindanao Area Management Officer Olie Degala for the final coordination meeting for the launching of the SPIS on Aug. 10, 2021.

During the coordination meeting yesterday, farmer leaders representing the six clusters served by the SPIS units attended along with a representative of US Seedworks Philippines, a hybrid seed company which offered support for the project.

Taraka, one of the old towns of Lanao del Sur in the Basak Region of the province beside the 34,000-hectare Lake Lanao, has been identified by MinDA as its model for rural development through self reliance.

Among the assistance provided by MinDA is the establishment of a digital database for the town of Taraka, including the geo-mapping of the whole area.

It has also established a farmers’ learning site called MAHAL Center where the town’s farmers are shown how to raise goats, poultry and ducks.

MinDA aims to establish the Taraka Model in all provinces of Mindanao, especially in the Bangsamoro Region.

(Photos and drone shots were taken by the Media Team of the Mindanao Development Authority in Taraka on July 14, 2021.) 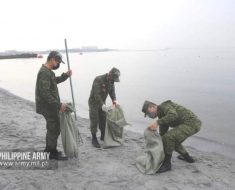 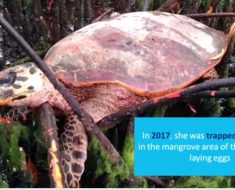