Governor Dulce Ann Kintanar Hofer of Zamboanga Sibugay is impressed with how Lapu-Lapu City handled calamities, as they visited the City, Thursday to learn of the City’s “Best Practices”.

What caught much of Gov Ann Hofer’s attention is the City’s “nerve command Center” that monitors happenings in the city.

The Governor is impressed with how well the City responded to the recent typhoon Odette, right after battling the world pandemic.

Disaster risk reduction and management office (DRRMO) head Nagiel Bañacia explained to the Governor and guests that the City is one of the first to receive typhoon assistance from the Office of the President.

“We have the (disaster) data and we submitted the data fast,” he said referring to post-disaster needs.

After submitting their post-disaster needs, five days later Bañacia said the P270 million funds were downloaded to the City.

The City also provided its counterpart fund and the victims received more or less P500 million-plus worth of assistance.

He said it is vital that we have CBMS or a community-based monitoring system.

Lapu-Lapu City has a nerve command center (NCC) which the Governor and her officials visited last Thursday.

Mayor Chan told the guests that complementary to these CCTV cameras are a paging system or loudspeakers for the mayor to make important announcements to the public.

As a feedback mechanism, base radios in these strategic areas can communicate with NCC to provide feedback, be it a disaster or accident.

During the COVID lockdown, Mayor Chan created a “call center” office to receive distress calls from constituents who cannot go out and buy basic needs.

The city provided basic needs right into their doorsteps.

Mayor tapped the help of the private sector to augment City’s fund assistance.

Mayor Chan also told the Governor of the City’s future plans- a skyway funded by a public-private partnership, socialized housing also from the same funding mode, and the undersea cross made of corals in Lapu-Lapu seas, the world’s biggest. 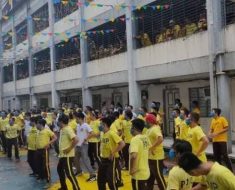 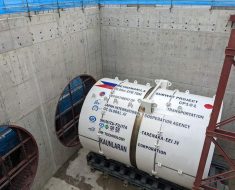 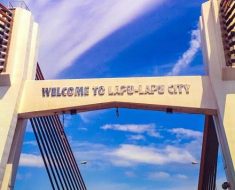 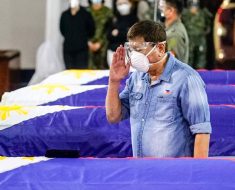 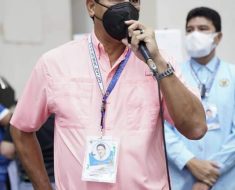 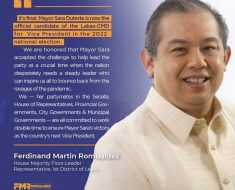