Phoenix is granting Diaz P2 million to be used for her trainings in preparation for the 2020 Summer Olympics in Tokyo, Japan. Diaz, who won a silver medal in weightlifting in the 2016 Summer Olympics in Rio de Janeiro, Brazil, had earlier taken to social media to air her financial difficulties.

Go said that when he learned that Diaz was asking for help and that the Philippine Sports Commission (PSC) lacked enough funds for all the trainings that Diaz needed, he decided to reach out to the private sector.

The weightlifter won the silver medal in the women’s 53-kg weight division, 20 years after the last time the Philippines won a medal in the Olympics. The feat also makes her the first female representative of the Philippines to win an Olympic medal. Diaz is also the first Filipina weightlifter to participate in three consecutive Olympics and the first Mindanaoan to win an Olympic medal.

Diaz also won a gold medal in the 2018 Asian Games in Jakarta, Indonesia, and participated in the 2008 Summer Olympics in Beijing, China.

Diaz expressed her appreciation for the sponsorhip. She told reporters that the amount is a big help to her because, aside from training, she has to join other competitions in preparation for the Tokyo Olympics.

“Malaking bagay yun kasi maglalaro ako sa Olympics, and there’s a lot of competition that I need to compete in preparation towards Olympics. Medyo mahirap, so may core team ako and I’m so grateful for the help, for the support they’ve given,” she said.

Go said that he is willing to extend similar help to deserving athletes and as chair of the Senate Committee on Sports, he would ensure that government funds in support of Filipino athletes would be properly used.

Go is an avid basketball fan and an advocate of long-term sports development. Prior to winning as a senator, he served as the head of delegation of the Philippine national basketball team to the Asian Qualifiers for the 2019 FIBA World Cup. Currently, Go also serves as the team adviser for Gilas Pilipinas that will compete in the FIBA World Cup in China this September.

Upon assuming office in the Senate, one of the first bills that he filed is the proposed National Academy of Sports for High School (NASHS) Act of 2019, which seeks to establish a school for athletes in New Clark City, the venue of the coming 2019 Southeast Asian Games. (Senator Bong Go page) 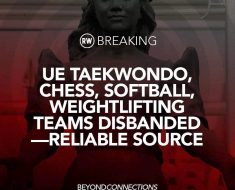 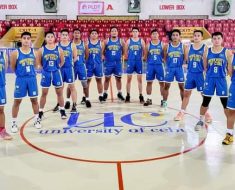