SAGAY CITY, Negros Occidental — A high ranking female party cadre and one other died in a clash between the operating troops of the 79th Infantry ‘Masaligan’ Battalion and the CPP-NPA Terrorists (CNTs) around 6 in the morning on Friday, August 20, 2021 at Hacienda Raymunda, Kapitan Ramon, Silay City, Negros Occidental.

The 35-minute firefight resulted in the death of two (2) CNT personalities identified as Kerima Lorena Tariman-Acosta alias Ella/Em-em from Legazpi City, Albay and a certain “Pabling” whose full identity is yet to be determined.

Alias Ella/Em-em is described as a “renowned poet, writer and artist” by her colleagues. To his father, Pablo Tariman, she is a prolific poet and writer whose works were published at an early age of 16. Her poems were also captured by the Inquirer Magazine, Manila Chronicle and Diyaryo Filipino and later by the UP Creative Writing Center. A scholar at the Philippine High School for the Arts (PHSA) where she graduated as the Salutatorian of her class. She met Ericson Acosta, who later became her husband, while taking up Philippine Studies at UP Diliman (source: digicastnegros. com).

Lieutenant Colonel J-jay T Javines, Commanding Officer of 79IB expressed his grief for lives being sacrificed fighting for a false ideology being peddled by the CPP-NPA Terrorists. “I am deeply saddened that lives were wasted and unnecessarily lost because of this senseless revolutionary armed struggle in an attempt to defend a futile ideology.”

“In pursuit of peace and genuine reconciliation, 79IB extends its condolences to the families of the dead CNT members. Nonetheless, this incident should serve as a forewarning for those who are lured and tempted to join the NPA terrorist group. Don’t be blinded by the their sweet tongue and false promises. I’m telling you frankly, as well as several others who have gone before you but surrendered, ‘there is absolutely nothing in store for you there’,” Lt.Col. Javines said.

Had Aka Ella made her choices well, she should have not been in this circumstances. With her innate talent, skills and potentials, she should have been in a “better place” enjoying the company of her friends and loved ones, but her father. It is now too late for her, but certainly not for “you”. Make your choices well, he added.

Lt.Col. Javines ended his message reiterating his call for the remaining CNT members operating in Northern Negros to abandon the CTG’s useless revolutionary struggle, lay down their firearms, and chose the path to peace and live peaceful and normal lives with their loved ones. “You all certainly deserve a much better and brighter future”. 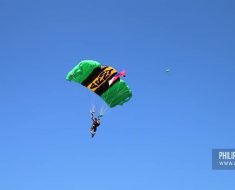 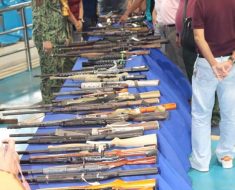